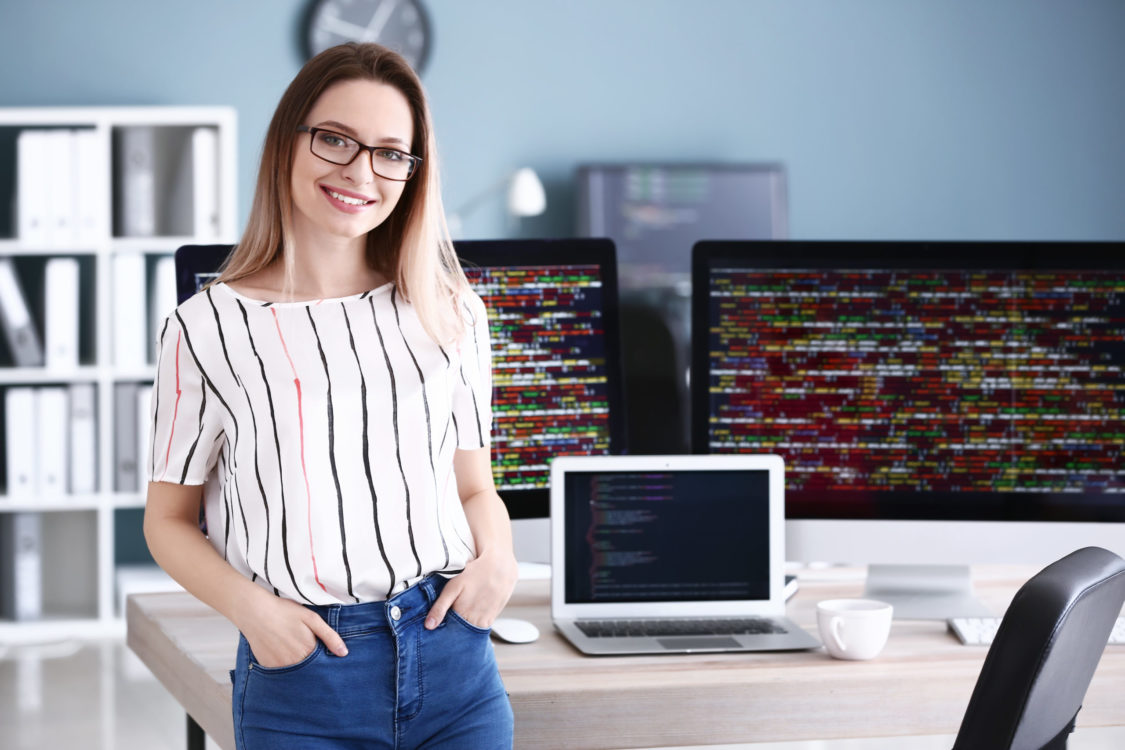 Things Women in Tech are Tired of Hearing

There is an obvious gender disparity in the disfavour of women within the tech industry. There has been an effort to reverse the disparity through aggressive STEM education. All-girl colleges for coding and tech-related skills are also helping to turn the tide. However, women in tech continue to be treated with demeaning statements that derogate their abilities and skills.

Some of the statements espouse self-doubt in women. Some women are made to reconsider their choice of tech as an occupation. The statements can be alienating to women in the industry. Initially, the statements used to sound harmless. However, their deterrent impact has been seen over the years in discouraging women dreaming to pursue a career in tech or start a tech business. Some of the statements that women have grown and sick of hearing are explained below.

“Hey, which way is the developer’s office?”

Many women explain how they used to take the statement lightly and laugh it off. This indicates that the statement comes from someone who does not view women has as a developer. The developer can only be a man.

The stereotypical nature of such question portrays women as being incapable of being developers. Finding a woman on a desk in the tech office is assumed to be a secretary or some cashier. If it is the web developer's office, the woman is only there temporarily or mistakenly and would have to go back to her cashier or secretary workstation.

This is often quite an irrelevant statement in the view of women in tech. The first thing people do is look at a woman and judge her by looks. It is the looks that they relate with what she does resulting in comments like this.

Men will reach at the display picture in a woman’s profile. They form a preconception from the biased angle of how they find her looks which does not relate with her profession at all. God help the woman who happens, according to men, to be unattractive.

“You’re too excellent than I expect of a woman”

They say this imagining it to be a compliment. But a statement including “than I expect of a woman” or “for a woman” does the contrary of complimenting. It in itself says that a woman is not supposed to do anything in tech as amazingly as it has been witnessed. Now that negates any complimenting notions purported to be in the statement.

“Good girl, you remembered to do that!”

This comes when a woman is praised for doing a very basic task. For the task to have been done by a man would have been seen as easy and elementary, unworthy of praise at all. When a woman does the same and they get praised, it is insulting. One woman narrated being told “good girl” after computers were attacked and they realized she had data backed up. The man who was there had also done the same and nothing complimenting was said to him.

“Men grapple with these struggles too”

Women are sometimes talking about the challenges faces in tech. It is then that some men try to show they are also struggling with the same hurdles as women. This is untrue since many studies have shown that women in tech are treated differently from men. For women, they are always worse. Women in tech, do not find firms that are ready to hire them easily. They have to prove themselves to deserve a promotion or pay hikes. We can go on and on, but at the end, men and women do not have an equal foot in tech yet.

“Do not take offence in that/take it lightly”

This usually comes after a man has made a joke that apparently is off-colour. Instances happen, where there is only one woman among men in tech spaces. The men make a sexist joke and expect her to take it lightly. They could say “don’t overreact, it’s on a light note”.

“This has some technicalities”

To mean it is too complicated for the woman to grasp right away. You mean for the women; we have to turn to online shopping right? Technical is masculine? A particular saying; “the ladies will have to bear with me, it could go really techie”. This is usually an alienating one and just comes as if to mean tech is naturally for men.

That is gender insensitive. You have to profile the people present and specify that a woman is present among men. Another form of this happen when a man is like “alright guys…”, notices the women and then adds “oh and ladies…” Women are so much of an afterthought right? Yet there are countless gender-neutral salutations or other ways of addressing people cumulatively.

“Organize for some refreshments for the panel”

This is stereotypical and suggests they do not see the professional and skilled part of women. They believe taking care of men and the flowery aspects is the default duty of women and they cannot see beyond that even in professional circles.

“sexism? No, it’s better in tech now, used to be a problem”

While it is appreciable that gains have been made in balancing gender, the fight goes on. Yes, the overt nature of this vice has declined, but the subtle sexism is equally bad. Sadly, it is prevalent in the latter-day tech industry. Implied sexism is in the wage differences, hiring and promotions. It is skewed to favor men and offer women less than fair opportunities.

These statements are demeaning and women in tech have grown sick of them. Women have invaded the tech industry and the numbers continue to grow. The growth will need shutting such statements that can kill the ambition of many women.

Sexism and other statements perpetuating gender imbalance have to be pointed out. For the women dedicated to tech, you tell them such statements at your own peril.