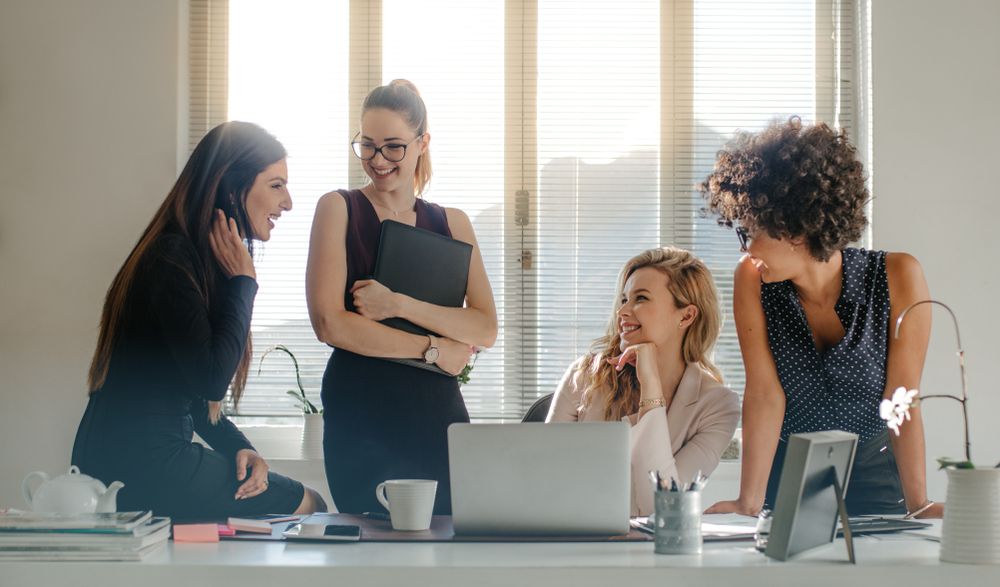 How Women Can Find and Own Their Voice

There may not be any dearth of those who'd glorify the role of women in our society. However, while that is fine, the ground reality can't be farther from the fact. For there remains a bias against women, howsoever subtle that might be. And it is this that women have to deal with almost on a daily basis, which, among a lot of other things, prevents their voices from being heard.

That said, preventing women to express their views isn't just criminal injustice to them, its outright stupidity to remain deaf to the voices of one half of the society. It is like getting into the act of doing something while not having the complete picture itself. You might get away with that though including the voice of the women who make up half of the population is like being better prepared to deal with reality.

Maybe it is for the greater good of the entire society or the nation, and not just for their own self that it is imperative women find and own their voices. Also, while it can be termed a collective failure of the entire society that women have to struggle to find their voices, there isn't anything that can justify not trying to express your views and make your voice be heard if you are not allowed to do so.

Here are a few ways to help you find and own your voice.

The one thing you need to be extremely clear about is that you aren't what others would like to make you to be. Rather, have a clear understanding of what you are and what you are capable of. When you know your worth, you will be better poised to take on all those who'd rather see you relegated to a side role with nothing substantial to contribute in a group meeting. Have a firm belief that you do have what it takes to add value to a conversation, and that your viewpoint does matter. Anything you say with that frame of mind is bound to be noticed by others.

Be in control of what you are saying:

Mark your words as you give vent to your thoughts. You should read the fine line of not being too defensive while not sounding offensive as well. To be offensive will be like unveiling the confrontationist in you, providing more reasons for others to subdue you. Again, being defensive will mean you aren't confident of what you are saying, which again will be another opportunity for others to cow you down.

Instead, be inclusive, try to accommodate other's views, and listen to what they have to say. That way, you will likely have a lot of others to listen to when you are speaking. This might not be an easy thing to do when say the conversation gets heated. However, you are getting angry won't serve your purpose either as it will be like falling in the trap of those who'd like to suppress your voice.

Listen to your inner voice:

That way, your inner voice won't apply to someone else just as someone else's voice won't be relevant to you. The key thing to do will be to listen to your voice and unmask yourself to face the world outside. Over time you will have the confidence to express your feelings, with an entire world out there to listen to what you have to say. You have all the power in you to make it a reality.

Learn to tackle your inner fear:

If you are struggling to find and own your voice, it is due to a fear that is entrenched deep within you. Now, that isn't anything you should be ashamed of as we all face the same. Anyone who says he isn't afraid of anything is telling a lie. Rather, he has mastered the fine art of devising a way of working around the fear each time.

Here again, one cannot be a winner every day. But the key to success is to have the ability to get up and get going again each time you have a fall. This also isn't a one-time process either. Rather it has to be a way of your life, something that will make you fearless over time. Once you have reached that stage, you will have it easy to find your voice, and own the same as well.

Be composed when speaking:

The challenge here is to not get carried away. It is like having your head above the heart; and one way of achieving that is to be able to keep a check on your emotions. This will be especially true when you have to speak your mind out even if something goes against a value you hold close to your heart.

All you have to do is maintain your focus on the subject at hand. Abstaining from making your point will be counterproductive as that would be akin to buckling under pressure. Instead, muster the courage and make your point. Be firm in your presentation to let the listeners have the feeling you are in charge of yourself.

Your voice is one way of letting the world know who you are, what is it that goes on in your mind, and how you can bring about a positive change around you. It might sound shrill compared to the male voices out there but all that matters is the depth that your voice carries. And since your voice is an extension of you as a human being, you got to have that within you to make your voice be counted. Once you are there, finding and owning your voice will come naturally to you rather than having to struggle to achieve the same. And it is imperative you do that, not only for your own self but for the society at large where women often have to struggle to make their point.