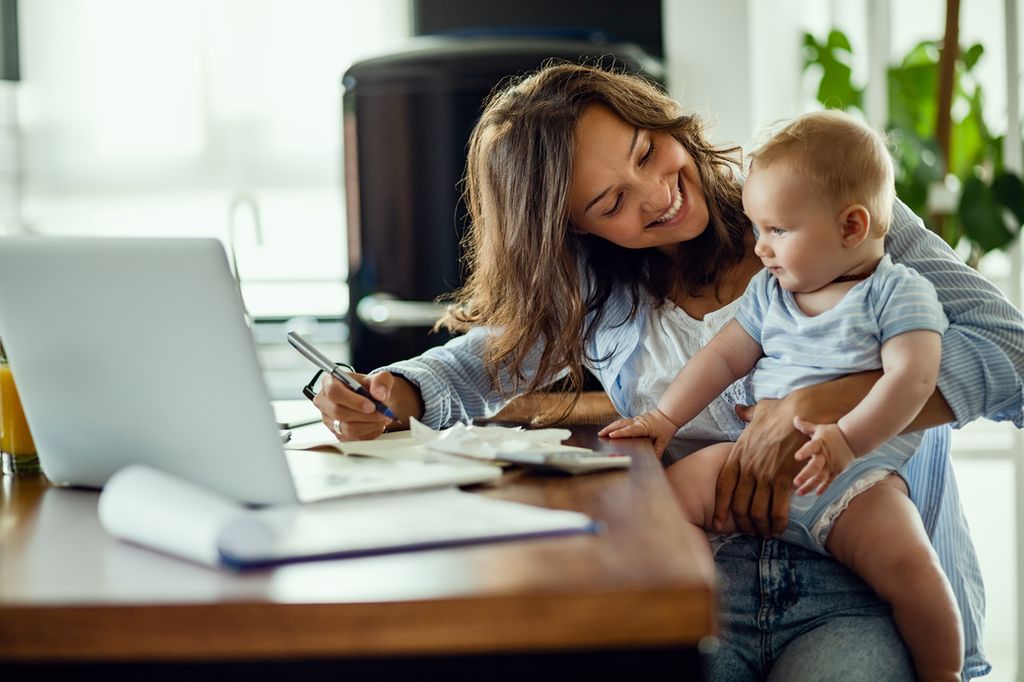 How Motherhood Prepares You For Entrepreneurship

In the past, the term ‘entrepreneurship’ was not naturally associated with women. They were considered less gifted to handle the challenging venture of entrepreneurship because of their other heavy responsibilities in life, like motherhood. But just like an iron will can defeat any challenge, the determined women proved that they could still become world-beating entrepreneurs and could turn the perceived disadvantages into advantages. Motherhood being one example.

Motherhood is a blessing in the life of every woman and those who are ambitious to make a mark in the world of entrepreneurship, never gets pegged back by the role of a mother but learns from the experiences that come with it. There are scores of examples from around the world that make it evident that women benefit from motherhood to become better entrepreneurs.

Take for instance, Manisha Shah and Sonia Chang. The two have founded together Playfully -- a baby and child development app that makes it easier for busy parents to see their kids develop through at-home play. Manisha and Sonia are both mothers and their own experiences in managing children inspired them to set up a venture that would help parents of kids till three years of age to engage with them meaningfully, reported Forbes. The two mompreneurs’ efforts have been rewarded as Playfully has found users who have truly gained from the idea and its base has only become stronger in a short span.

There are several ways in which motherhood can inspire women to become better in business.

As it is seen in the case of Manisha and Sonia, the experience of being a mother does help a woman entrepreneur to be clear about a business potential and strive for effective results. Having first-hand experience on child-rearing, a mother can think out ways that can make life easier for other moms and there lies a big business opportunity. A big advantage of such business ideas is that they do not need capital and labour-intensive mechanisms. Even a simple idea can bear results that can go a long way to cement one’s name as a smart entrepreneur. Another advantage of mompreneurs is that they can form a strong network with other moms which will only make their business ventures robust.

A mother has to often wear many hats as she serves as a family’s anchor. A home-based mom supplies the world’s most trusted services but without any pay. Just think about monetizing those services and one can become a game-changing mompreneur. Multi-tasking is not a difficult task for a mother as she has to do so many things at home. The skills and the agility to work make them potentially successful women entrepreneurs. “As an entrepreneur, you have to be able to jump around and serve a lot of different functions in the business, especially when you’re starting out,” Vanessa Jameson, CEO of Covey, an app that assists moms connect with each other in real time, is quoted as saying by entrepreneur.com.

Motherhood is a first-time experience for all women at some point of their lives and they require initial guidance and advice to manage the demanding job. Tips from other moms, counsellors or senior people at home help them learn about it. The habit of collecting knowledge and information from other sources pays off for women entrepreneurs when they enter the business arena. They can suit themselves easier with the culture of mentoring which is a key to success for any businessperson.

Wellness coach and doula Maria Carola cites the quote “when a baby is born, so is a mother” to say that a woman goes through emotional changes when she becomes a mother though it is less focused as the newly born steals the limelight, according to Romper. There can be several ways in which a new mom’s emotions can be stirred with the arrival of her babies and their upbringing makes her go through transition as well. The soft skill of emotional intelligence, which saw a churning during motherhood, can come to the aid of the mompreneur in her business actions and help her grow as a leader. Tackling different personalities on the professional front requires a higher emotional intelligence and motherhood does equip women with that.

Motherhood helps in setting the priorities right and understanding the right time to act:

Having kids in life revolutionizes a woman’s priorities. With responsibility of another life becoming prominent, a woman strives for the betterment of the entire family. This slow but steady endeavor towards achieving the best prepares a mompreneur to grow a business family as well. Motherhood, in a nutshell, brings into a woman entrepreneur a strong sense of responsibility. Even through their constant handling of their kids -- who are by no means easy to satisfy -- at home, a woman entrepreneur also hones her skills in negotiation and sales.